You are at:Home»AVNation Best of 2019 Awards Results

Over the past two months thousands of you have nominated and voted in the 2019 AVNation Readers’ Choice Awards. Thank you so much to each and every audiovisual professional who weighed in on the best of the best for 2019. Below you can see who won in this year’s battle royal. Congratulations to all the competing companies and professionals. You each should be proud of your efforts.

Keep up to date on the latest AV news and what we are doing here at AVNation, be sure to subscribe to our newsletters. We are currently sending out newsletters about once a week. You can subscribe by clicking here.

If you have any questions about the AVNation Awards, our process, or anything else, feel free to reach out to Tim Albright: tim@avnation.tv

QSC’s NV Series won this year’s Best Digital Signage system. The NV series is a networked video input within the Q-SYS Ecosystem. Putting an NV series appliance into a system gives audiovisual integrators the flexibility of a multi-stream encoder/decoder. An NV series device can also be used as a digital signage player so customers can leverage existing displays not in use as signage instead of sitting blank. The QSC NV Series also won SCN’s 2019 Product of the Year. 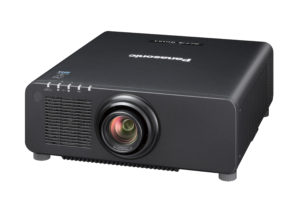 You would need to be living under a rock to not have heard of Zoom by now. The company went public this past April. The IPO gave Zoom an extra $700 million in funding. Zoomtopia has become an annual gathering of both Zoom’s customers and partners. This year’s event featured a concert by Snoop Dogg and Lynyrd Skynyrd. Zoom has also begun partnering with other UC hardware providers to deliver seamless video conferencing solutions. 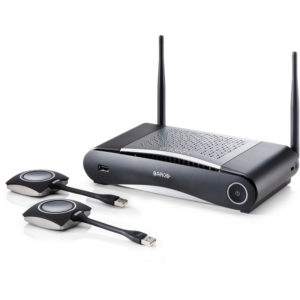 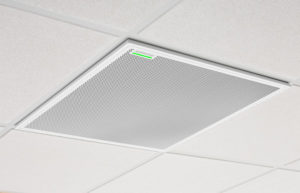 Despite multiple courtroom battles over the last two years, the Shure MXA910 remains one of the most popular microphone technologies on the market. The element features 8 steerable lobes. With the addition of Intellimix, the 910 gives audiovisual integrators more flexibility in design and installs. The Shure MXA910 works with Zoom (Zoom certified), Microsoft Teams, as well as Cisco products. 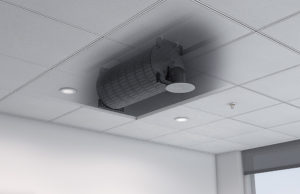 Extron has been innovating in the speaker space for over 15 years. The Extron SF 10C Sub is an example of those innovations. The plenum-rated ceiling mounted sub provides room-filling low end to conference rooms and classrooms. The SF 10C Sub recreates frequencies up to 160 Hz through a unique portal and ceiling tile delivery. Integrators have the option of a floor standing kit as well. 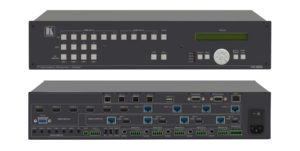 Kramer’s VP558 is an 11 by 4 presentation switcher. The VP558 gives integrators six HDMI inputs, a DB15 for VGA connection, and four HDBaseT inputs. Each of the four outputs can be either HDMI or HDBaseT signals. On the audio portion of the VP558, AV techs can choose to send either analog video or S/PDIF audio.

Best AV over IP Technology of 2019 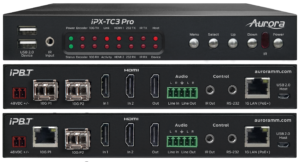 Aurora Multimedia’s IPX Series provides one of the “most advanced IP streaming solutions” in the audiovisual market. Aurora’s IPBaseT technology continues to evolve since it’s release. The IPX series is one of the only ecosystems with wall plate encoders in the AVoIP space. Aurora also has copper as well as fiber version of the IPX Series.

The Kramer Frame-1G is a single gang wall plate insert. AV integrators can put up to 3 inserts into the US-version of the Frame-1G and up to 2 in the international version of the unit. 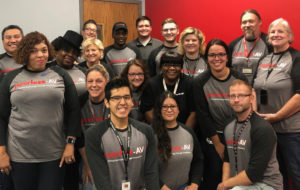 The AV integrators who utilize Peerless-AV Customer Care came out in force in favor of the company’s technical support. Regardless of where you are in the world, the Customer Care portal will geo-locate you and provide you with the right contact within Peerless-AV.

Kramer has devoted resources and personnel to increase the reach of their Kramer Academy. The results have been more online classes, in multiple languages, and the spread of audiovisual know-how. Kramer Academy is available to both integrators and technology managers looking to increase their knowledge of AV.

The AVNation AV Professional for 2019 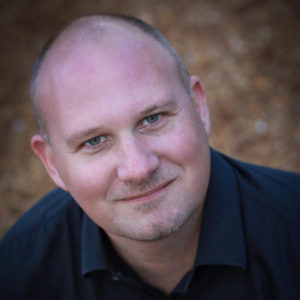 Author, one of the creators of HETMA and the HETMA conference, technology director for USC, podcaster, and PhD. Now Josiah Way can add the AVNation AV Professional of the year. Joe is a prolific #AVTweeps as well as #AVintheAM contributor. Way continues to help others in the industry with both his wit and his knowledge. Yes, there are times when his opinion may be somewhat pointed (he still maintains AV as a Service Must Die) but he does so with good humor. Following Joe Way on Twitter is one way to ensure you are getting an unfiltered and unbiased experiences of how technology impacts higher education technology managers. His book, Producing Worship, looks at the spiritual aspects of creating an environment of worship. Way’s podcast, Higher Ed AV Podcast, is an insightful conversation with other tech managers about their challenges and triumphs while delivering AV in education. Congratulations, Joe Way, on winning the 2019 AVNation AV Professional of the Year.