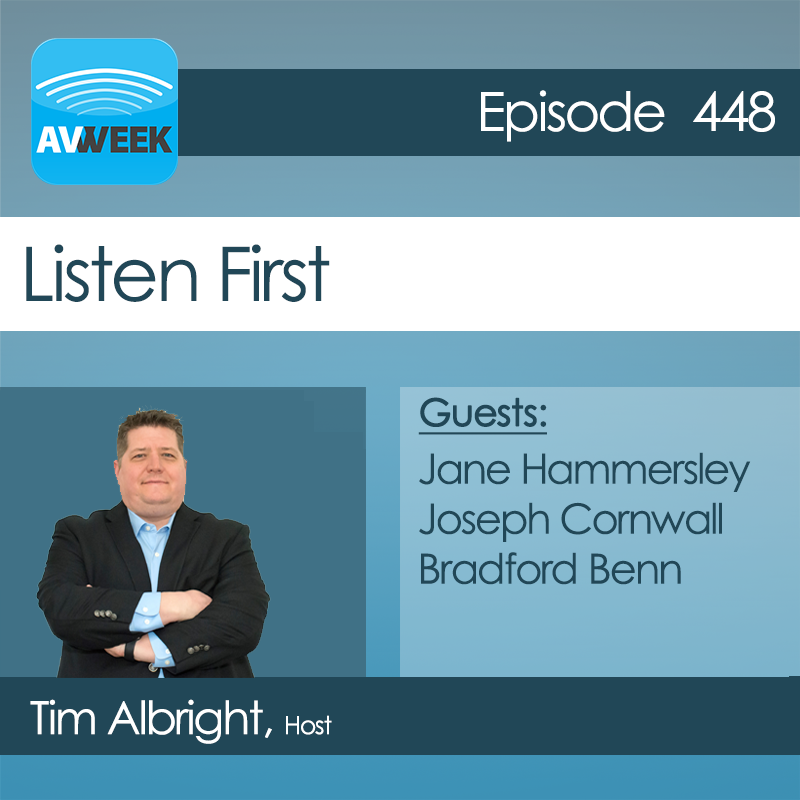 When All You Have Is A Hammer…

Greetings from the comfort of your Vault-Tec shelter of choice! We bring people all across the globe to discuss the latest happenings in the commercial side of AV. Because even when we’re all cooped up separately, there’s still something going on.

Apropos of nothing, Microsoft’s Teams software suffered a breakdown amidst the rising surge of consumers working from home. Working out how to be flexible with collaboration tools during this uptick in home office business.

Also, our own Bradford Benn writes about how the industry can be a helper during this time. What companies are doing, and what more can do for consumers and employees during these interesting times.

AVWeek started in late July 2011. It is hosted by Tim Albright. Albright started his professional life as a broadcaster in St. Louis. In the audiovisual industry, Tim has worked as a technology manager for Lewis and Clark Community College, control programmer, design consultant, and design engineer. The first episode of AVWeek, episode 0000, was recorded via Skype with two AV pros Albright met via Twitter and a long-time friend. Since that first episode in July 2011, AVWeek has produced a weekly program missing only one week in the first year.

Albright also taught radio and audio production for over 14 years, including introducing podcast production to his students in 2006. He resides on the Illinois side of the St. Louis, Missouri area where he and his wife raise their two children. AVWeek is based, in part, on the TWiT (This Week in Tech) model of podcasts where the host reads a news story and panelists provide their insight, analysis, and opinion on the subject matter. If you would like to be a panelist on AVWeek, email Tim at tim@avnation.tv